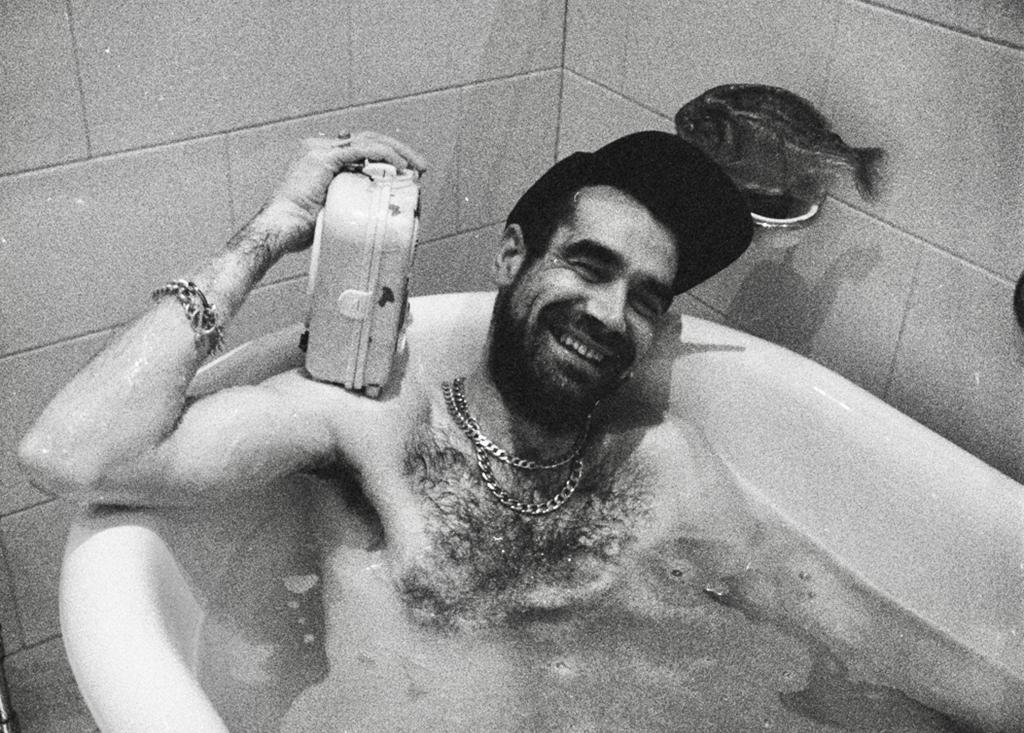 DJ STIVS – Mashing up the dance with a badman blend of jungle, raggatek and breakcore. A true giant of the underground dance scene, Stivs is a founding member of the infamous Life4Land Sound as well as several independent record labels. As one third of bass-terrorist trio The D.S.C., Stivs has been steadily hacking away at the rave scene for over a decade, lumping speakers across muddy fields, inhabiting warehouses for one night and one night only, and playing dirty ragga-jungle, breakcore and raggatek to jumping party people across the globe, entertaining ravers at clubs, Teknivals, raves and festivals since the year 2000.

DJ Stivs, AKA Finn O’Rourke, started producing in 2003 and, having been raised on amens since his early teens, soon developed a particular talent for hardcore, ragga and dancehall-influenced jungle. Learning his way round Logic and Ableton alongside his Life4Land brethren, he followed closely in the footsteps of legends like Remarc, Lemon D and Ray Keith and was soon applying cutting-edge production techniques to the sounds of his youth, pioneering a brand-new breed of old school and staking his claim to a chapter in the Jungle book..

He brings these skills to the D.S.C’s table in abundance, creating soundclash-inspired dubstep, jungle and techno alongside fellow Life4Land founders Ed Cox and Scion. They regularly work with top ragga vocalists like Daddy Freddy, Murray Man, Demolition Man and Deadly Hunter, as well as collaborating with producers such as Freddy Frog, Ghost, M.D.S., Kelvine 373 and Scamp. On the back of his UK successes, Stivs has toured all over Europe, appearing in France, Spain, Portugal, Belgium, Holland, The Czech Republic, Slovakia, Poland and Lithuania, as well as executing a quick sweep of the southern hemisphere taking in New Zealand, Australia, Hong Kong and Tokyo. In 2010 Stivs and Junglefever co-founded Bomba Cut Recordings, a label dedicated to extreme soundclash-based ragga-junglecore mashups where they can really flex some amen muscle, releasing the dirtiest rasclart beats they can possibly cut to vinyl. However, at the other end of the spectrum he is also heavily involved with Born On Road, a vocally-driven bass-music label unfettered by tempo or style restrictions, where artists are free to explore musical boundaries and span genres including dancehall, dubstep, bashment, breakbeat, reggae and Jungle. Established in 2013 Born On Road is intent on pushing raw emerging talent alongside industry heavyweights such as MC Navigator, David Boomah, Buggsy and Eva Lazarus. He has also programmed festival stages and dance arenas as well as starting his own internet radio station, Site B Radio, where he DJs alongside his Life4Land stablemates as well as an ever-expanding roster of guest DJs. Despite all this extra-curricular activity Stivs is still mashing up the dance week-in week-out in his hometown of Bristol and beyond, gigging regularly all over the UK and Europe. Whether it’s an all-vinyl journey through the jungle ages or an up to-the minute digital set trialling his freshest productions on a crowd, Stivs never fails to create a euphoric auditory journey through bass music and amen breaks. Stivs currently divides his time between his label-related obligations, smacking dancefloors across the UK and Europe, and pushing his production skills to the limit .